Noa Bronstein is a curator and writer based in Toronto. Her practice is often focused on the social production of space and thinking through how artists disrupt and subvert systems including those registering across social, political and economic structures.

Noa has held the positions of Executive Director of Gallery 44 Centre for Contemporary Photography, inaugural Senior Curator at the Small Arms Inspection Building (Mississauga) and Project Manager at the Art Gallery of Ontario. Her writing has appeared in publications including Artforum, PREFIX Photo, Canadian Art, Border Crossings, The Journal of Curatorial Studies and C Magazine. Recent curatorial projects include When Form Becomes Attitude at Contemporary Calgary, bust/boom at The New Gallery (Calgary), With an instinct for justice at Doris McCarthy Gallery (Toronto) and Aleesa Cohene’s solo exhibition I Don’t Get It at Gallery 44 (Toronto), The Rooms (St. John’s) and Western Front (Vancouver). Noa is currently the Executive Director of Gallery TPW.

Place Settings continues this summer with performance-based projects staged throughout the city of Toronto. Each project engages in a discursive gesture that considers new possibilities at the intersections of food practices and public space, revealing the shareable and relational qualities of both.

A Very White Flower references Julià’s ongoing interest in the history of production, consumption and expansion of popcorn in modern colonial history. The image of a single kernel of popcorn functions as a prompt to consider Julià’s reflections on the historical and socioeconomic intricacies of the global corn industry and its relationship to Mexican culture and the popularization of popcorn in the United States after the Great Depression, especially in regards to popcorn’s connection to cinema.

A Very White Flower is presented in the context of Place Settings (curated by Noa Bronstein), a large-scale, durational project that considers how food functions to connect and disrupt.

June 18, 2021 - August 15, 2021
Seeds for the Future, Seeds for Now is a multi-part project by Montréal-based artist Karen Tam, reflecting on the significance of access to culturally connected foods, locally grown produce and networks of care. The composition shared here brings together images of Tam’s grandmother on her thriving balcony garden, various drawings…Find out more

Place Settings is a large-scale, durational project that considers how food functions to connect and disrupt. Focusing specifically on the intersections of food, public space, and architecture, Place Settings points to formal and informal structures that offer forms of nourishment, be they physical, emotional, social, or political.

Billboard on Shaw presented by Gallery TPW in partnership with Critical Distance, featuring Piliutiyara by Kablusiak.

This billboard is presented in the context of Gallery TPW’s ongoing project MOVEMENTS, an online and site-specific program that reflects on both the intimate scale of the body as it shifts through time and space, and organized actions that provoke vital, unsettling change.

“In the photo series Piliutiyara (2019), Kablusiak deconstructs the sexualization of Indigenous women and femmes by making viewers hyper-aware of the settler colonial gaze. The artist faces the viewer with unselfconscious power and authority. In these works the viewer will look at the artist and see them in a way that they control. These works force the viewer not only to confront Kablusiak but to face the tropes and conventions in which Inuit women and femmes have been depicted by settlers throughout the European colonization of North America.”

August 18, 2020 - September 29, 2020
The Border Guards Were Friendly is part of a larger body of work that brings together Zinnia Naqvi’s family photos with assemblages of books, games, and VHS tapes. Documenting a 1988 holiday across various tourist sites in Ontario, the images were taken as a reconnaissance mission of sorts, marking the…Find out more 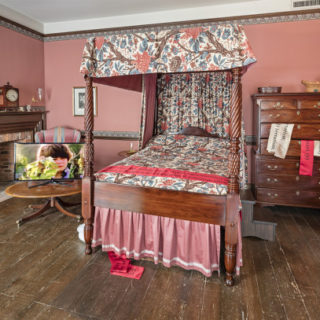 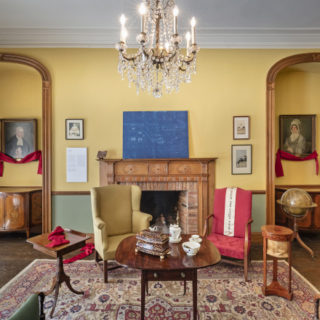 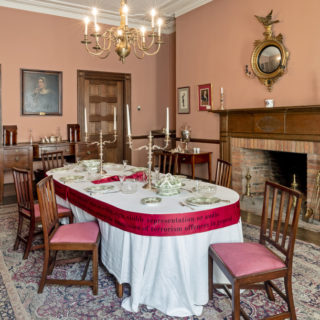 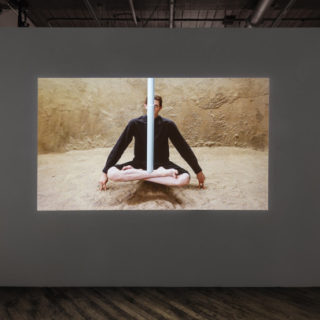 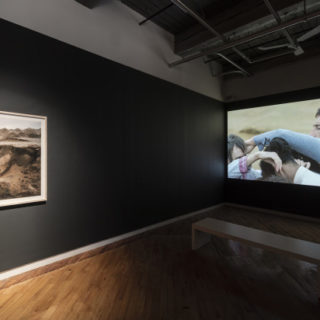 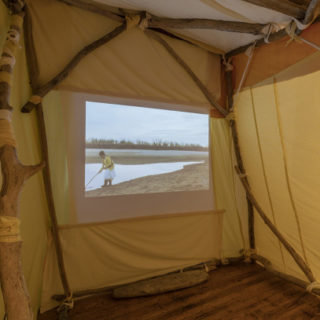