Presented in partnership with the Koffler Gallery, Through lines is an exhibition that brings together works of seven artists that challenge notions of redaction, tackling its typical devices of shredding, blacking out, editing, and covering up.

Each project featured in this exhibition engages a restorative gesture that speaks to the ways in which history and memory are conceptualized within a contemporary context. Rather than considering redaction simply as a bureaucratic tool or an outcome of state control, these specific approaches enable new forms of knowledge production and remembering, both politically and personally. Contemplating alternative legibilities that might emerge through redaction, the exhibition highlights the spaces of inquiry revealed through acts of obstruction.

Scott Benesiinaabandan, Maria Hupfield and Lise Beaudry redact photographs as a way of complicating the image. Benesiinaabandan’s little resistances (2016) combines family snapshots with media images of recognizable Indigenous resistances. The composite prints are then crumpled and re-photographed in an effort to foreground the complexities connecting family life and communal struggles literally folded into each other. Generating a new work, Hupfield intervenes in her 2007 series Counterpoint by felting over parts of the images in order to resist, as she notes, the consumption of the body and of her nation. Beaudry re-configures her personal archive by shredding and reassembling various family photos and, in the process, reframes notions of individual memory and the decisive moment.

Michèle Pearson Clarke and Raafia Jessa both turn to language in their respective projects All That Is Left Unsaid (2014) and /ˈlo.kwiː/ (2016). Clarke’s video elegy edits together redacted, found footage of Audre Lorde. Both Lorde and Clarke’s mother lived with cancer for 14 years and the loss of their wisdom and love is marked by the video’s continuously disjointed and unfinished sentences. Jessa’s vinyl installation presents 45 symbols that inform a fictitious language. Based on a mixture of Urdu, Persian, Arabic and Latin, the alphabet is illegible yet suggests the possibility of a more empathetic future rooted in universal communication.

Nadia Myre and Leila Fatemi use archival documents as their starting point. Myre’s project, Indian Act (2002), enlisted over 230 individuals to bead over the 56 pages of the Indian Act, creating a visual evidence of the lingering impact of colonization, unheeded contracts and oppressive politics. Similarly, Fatemi digitally redacts historical photographs taken by the French officer Marc Garanger as part of the colonial project in Algeria during the 1960s. Fatemi’s obstructions return some anonymity to the many women forced to unveil for their picture.

In each of these multi-layered projects, redaction performs as an invitation to challenge assumptions and easy readings of images, documents and texts. Honing these parallel perspectives, Through lines points to the spaces in-between, where the hidden and obscured becomes as significant as the visible.

Noa Bronstein is a curator and writer based in Toronto. She has contributed to such publications as PREFIX Photo, Canadian Art, Border Crossings, The Journal of Curatorial Studies, and C Magazine. Noa has held several roles in the arts, including Director of Public Programs and Acting Curator at the Design Exchange and Executive Director of Gallery 44 Centre for Contemporary Photography. Recent curatorial projects include When Form Becomes Attitude at Contemporary Calgary, bust/boom at The New Gallery (Calgary), With an instinct for justice at Doris McCarthy Gallery (Toronto) and Aleesa Cohene’s solo exhibition I Don’t Get It at Gallery 44 (Toronto), The Rooms (St. John’s) and Western Front (Vancouver). Noa is currently the Senior Curator of Museums Mississauga and the Small Arms Inspection Building.

Lise Beaudry is a Franco-Ontarian artist originally from the rural region of Témiscamingue on the Ontario-Québec border. Her work is influenced by the “lure of the local”, as Lucy Lippard describes, the sense and pull of a space. For Beaudry this is the land, geography and activities of the north. Beaudry holds a BFA from Concordia University (1997) and an MFA from York University (2006). Her photographic and video work has been presented across Canada and internationally, including Les rencontres internationales de la photographie (Arles), Grant Gallery (Vancouver), ASpace (Toronto), Biennial of Young Artists (Romania), Ice Follies, (North Bay), Art Gallery of Hamilton, Art Gallery of Mississauga, and Pierre François Ouellette Art Contemporain (Montréal). She lives and works in Toronto where she teaches in the Art and Art History program at the University of Toronto in Mississauga.

Scott Benesiinaabandan is an Anishinabe intermedia artist that works primarily in photography, printmaking and video. Scott has recently completed international residencies at Parramatta Artist Studios in Australia (2012), Context Gallery in Derry, North of Ireland (2010) and is most recently been awarded the University Lethbridge/Royal Institute of Technology iAIR residency 2013, along with international collaborative projects in both the U.K and Ireland. He is currently in Montreal, and recently completed a Canada Council New Media Production grant through OBx Labs/Ab-tech and Concordia. Benesiinaabandan has taken part in several group exhibitions across Canada and the United States, most notably in Harbourfront’s Flatter the Land/Bigger the Ruckus (2006), Subconscious City at the Winnipeg Art Gallery (2008), unSacred, at Gallery 1C03 ( 2011), Mii Omaa Ayaad/Oshiki Inendemowin in Sydney, Australia (2012), and Ghost Dance at Ryerson Image Centre (2013).

Michèle Pearson Clarke is a Trinidad-born artist who works in photography, film, video and installation. Using archival, performative and process-oriented strategies, her work explores the personal and political possibilities afforded by considering experiences of emotions related to longing and loss. Her work has been shown across Canada, the United States, and Europe, including in exhibitions at The Montreal Museum of Fine Arts (2018); ltd los angeles (2018); Studio XX, Montreal (2017); and Ryerson Image Centre, Toronto (2015); as well as in screenings at Ann Arbor Film Festival (2017); Museum of Contemporary Art Chicago (2016); International Film Festival Rotterdam (2015); and International Short Film Festival Oberhausen (2015). Based in Toronto, she holds an MSW from the University of Toronto, and she received her MFA from Ryerson University in 2015. From 2016-2017, Clarke was artist-in-residence at Gallery 44 Centre for Contemporary Photography, and she was the EDA Artist-in-Residence in the Department of Arts, Culture and Media at the University of Toronto Scarborough for the Winter term 2018. Clarke’s writing has been published in Canadian Art and Transition Magazine, and she is currently teaching in the Documentary Media Studies program at Ryerson University.

As a visual artist living between cultures, Leila Fatemi is influenced by her own life experiences and understandings. Her work results from personal reflections as well as the attempt to create an appreciation and more informed understanding of Islamic culture and its foundations. Through the perspective of a practicing Muslim artist, she strives to create thought-provoking work that affords her viewers an alternative perspective on Islamic traditions and beliefs. Aside from her fine-art work, Leila also has experience working professionally as an assistant-curator and exhibition designer, as well as offering her photo services for commercial and event purposes.

Based in Brooklyn New York, Maria Hupfield is a member of the Anishinaabek Nation from Wasauksing First Nation, Ontario, Canada. Her first major institutional solo exhibit, The One Who Keeps on Giving, is currently traveling and is a production of The Power Plant Contemporary Art Gallery, Toronto in partnership with Southern Alberta Art Gallery, Lethbridge; Galerie de l’UQAM, Montréal; Mount Saint Vincent University Art Gallery, Halifax; and Canadian Cultural Centre, Paris. This show builds on previous projects that have travelled internationally with Beat Nation: Aboriginal Art and Hip Hop and selected for SITELines Biennial SITE Santa Fe 2016. Hupfield is currently a Triangle Artist in Resident, the first Indigenous Fellow at the International Studio and Curatorial Program, ISCP in New York, and is completing a residency with Native Art Department International at DTA/FABnyc in the Lower East Side, New York.

Raafia Jessa is a Pakistani-Canadian Graphic Designer currently living in Texas. Having lived and grown in greatly varying cultures, a central theme in much of her work is the idea of communication and the way in which humans interact with each other. The idea of interaction is explored as a way to understand the subjectivity of language and the existing limits of comprehension. Her work has many outlets including typography, English and Arabic calligraphy, illustration, as well as photography. Her work has been published for Parsons School of Design, installed permanently at the University of Houston, received an SEGD Global Design Honor Award and has been featured in art exhibitions worldwide. 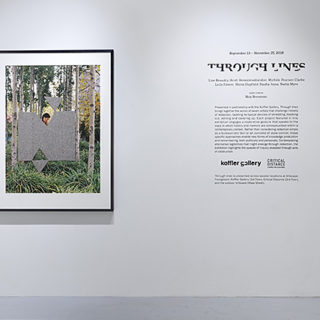 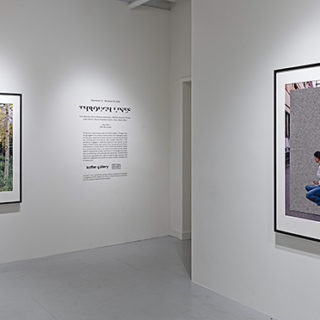 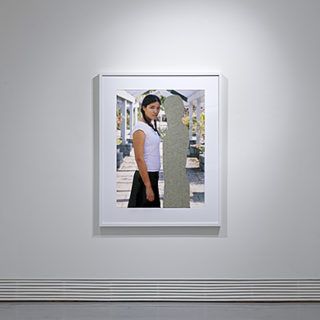 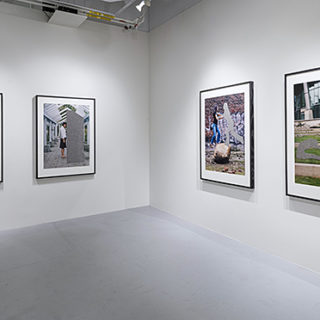 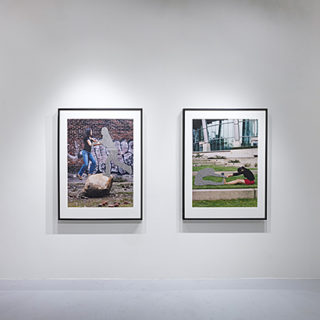 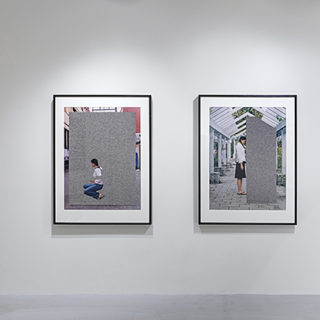 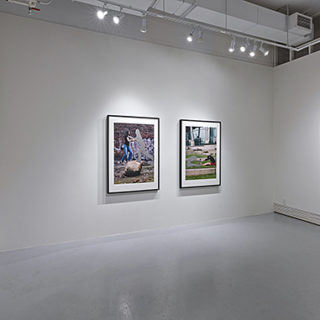 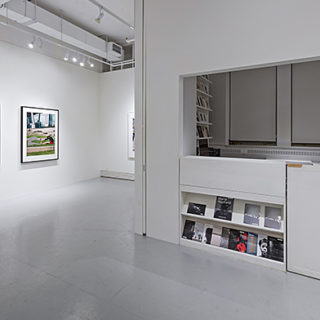 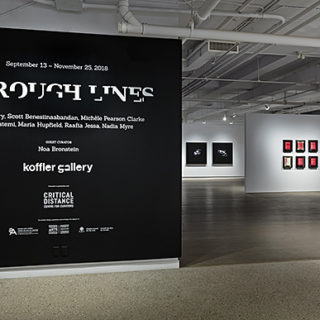 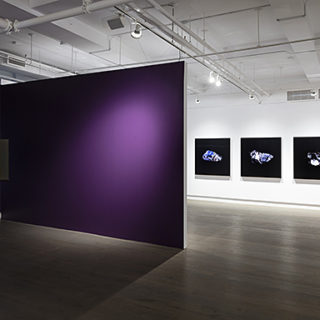 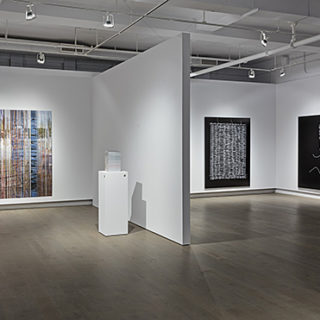 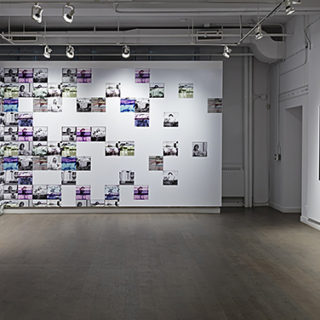 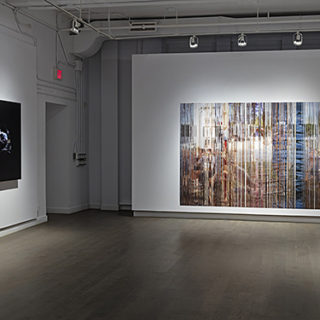 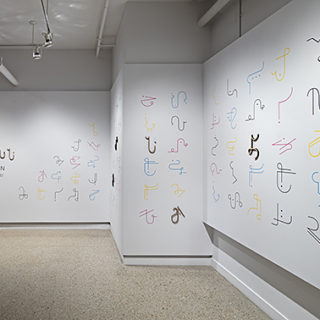 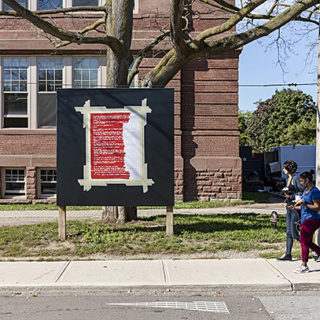