Billboard on Shaw presented by Gallery TPW in partnership with Critical Distance, featuring Piliutiyara by Kablusiak.

This billboard is presented in the context of Gallery TPW’s ongoing project MOVEMENTS, an online and site-specific program that reflects on both the intimate scale of the body as it shifts through time and space, and organized actions that provoke vital, unsettling change.

“In the photo series Piliutiyara (2019), Kablusiak deconstructs the sexualization of Indigenous women and femmes by making viewers hyper-aware of the settler colonial gaze. The artist faces the viewer with unselfconscious power and authority. In these works the viewer will look at the artist and see them in a way that they control. These works force the viewer not only to confront Kablusiak but to face the tropes and conventions in which Inuit women and femmes have been depicted by settlers throughout the European colonization of North America.”

Noa Bronstein is a curator and writer based in Toronto. Her practice is most often focused on considering issues around place and space-making and thinking through how artists disrupt and subvert systems including those registering across social, political and economic structures.

Kablusiak is a renowned multidisciplinary Inuvialuk artist and curator who uses Inuk ingenuity to create work in a variety of mediums including, but not limited to, lingerie, white flour, soapstone, permanent marker, bed sheets, felt, acrylic paint, and words. Their work explores the dis/connections between existence in the Inuit diaspora while maintaining family and community ties, the impacts of colonization on Inuit gender and sexuality expressions, as well as on health and wellbeing, and the everyday. 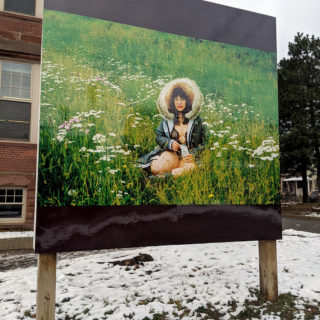 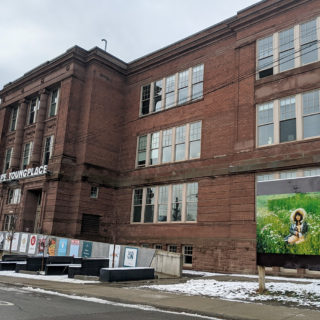 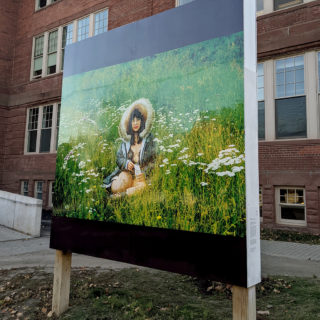