EXHIBITION: We Look at Animals Because

In partnership with South Asian Visual Arts Centre (SAVAC), Critical Distance is pleased to present We Look At Animals Because, an exhibition that gazes on animality. Through the lens of spectatorship, the show explores the shifting ways in which animals are regarded, represented and accorded meaning in post-industrial landscapes. Exhibiting photographs, video, works on paper, and sculpture, the featured artists reveal the nuanced, complicated and unexpected paradoxes that mark our relationships with cosmopolitan animals.

Also on view beyond the gallery:
Billboard on Shaw Street by Quratulain Butt and
Hallway Video by Smriti Mehra (stay tuned for more information on screenings)

Join us for an opening reception with the curators:
Thursday, January 25th from 6–9 pm
Refreshments will be served and all are welcome.

A complementary series of public learning events to be held at both Youngplace and at SAVAC’s location at 401 Richmond will be announced soon.

Nahed Mansour is a Toronto-based curator and multidisciplinary artist working primarily in video, installation, and performance, She is currently the Constituent Curator at the Museum of Contemporary Art Toronto Canada. Previously she held the position of Artistic Director at SAVAC, as well as Director of Mayworks Festival of Working People and the Arts, Toronto.

Toleen Touq is a curator and writer who has recently moved to Toronto from Amman, Jordan. She is co-founder of annual residency Spring Sessions, a program that brings together artists, scholars and cultural practitioners in a collaborative and experiential learning environment for 100 days each spring. She also initiated The River Has Two Banks, a multidisciplinary platform that addresses the historical, political and mobility commonalities between Jordan and Palestine. Her writings have been published with Ibraaz, A Prior, Manifesta Journal, and others.

Quratulain Butt was born in Rawalpindi, Pakistan, and trained as a miniature painter and sculptor at the National College of the Arts in Lahore, and the Hunerkada Academy of Visual and Performing Arts Islamabad. She is now based in Canada.

Khaled Hourani is based in Ramallah, Palestine, and has exhibited widely including a retrospective at the CCA in Glasgow and Gallery One in Ramallah, dOCUMENTA (13), and the 2011 Sharjah Biennial. He is a co-founder of the International Academy of Art in Palestine and recently received the Leonore Annenberg Prize by Creative Time for Art and Social Change, New York.

Maha Maamoun is a Cairo-based Egyptian artist. Her work has been shown in exhibitions and biennials including The Time is Out of Joint at Sharjah Art Foundation; Here and Elsewhere at the New Museum (NY); Objects in Mirror are Closer than they Appear at Tate Modern; and Mapping Subjectivity at the Museum of Modern Art, NY (MoMA). She is a founding board member of the Contemporary Image Collective (CiC), an independent non-profit space for art and culture founded in Cairo, and a co-founder of the independent publishing platform Kayfa-ta.

Smriti Mehra is based in Bangalore, India and works primarily in video, through which she interacts with local residents from multilingual, cultural, economic backgrounds. She holds an MFA from NSCAD University (Halifax) and her works have been screened worldwide.

Huma Mulji holds an MFA from Transart Institute, Berlin, and a BFA from the Indus Valley School of Art and Architecture, Karachi. She has exhibited widely including at the Karachi, Venice and Gwangju Biennials, Whitechapel Gallery (London), and Asia Society (NY). She is currently a Lecturer in Fine Art, at Plymouth College of Art, UK.

Ed Panar is based in Pittsburgh (PA) and holds an MFA from Cranbrook Academy of Art (MI). His photographs and books have been exhibited internationally at venues including The Museum of Contemporary Photography, Chicago; Nofound Photofair, Paris; The New York Photography Festival, and the Cleveland Museum of Art.

Alex Sheriff is a Canadian artist and filmmaker. He received his BFA in Drawing and Painting from OCADU before moving to New York where he received his MFA in Fine Arts. He now lives in Los Angeles and works in painting, drawing, sculpture and film.

Andrea Luka Zimmerman is an artist, cultural activist and filmmaker. She is the first director to be shortlisted for both the Grierson and Jarman Awards, and in 2017 Zimmerman received the Artangel Open Award for her feature drama Cycle, produced in collaboration with Adrian Jackson. Currently she teaches at Central St. Martins in London, where she also studied for her PhD.

SAVAC is a non-profit, artist-run centre in Canada dedicated to increasing the visibility of culturally diverse artists by curating and exhibiting their work, providing mentorship, facilitating professional development and creating a community for our artists. SAVAC was founded to be an organization staffed by people of colour, committed to support the work of artists of colour.

Critical Distance and South Asian Visual Arts Centre are grateful for the support of the Toronto Arts Council in making this exhibition possible.

image: Huma Mulji, Lakhon Main Aik (one in a million), 2008, courtesy of the artist. 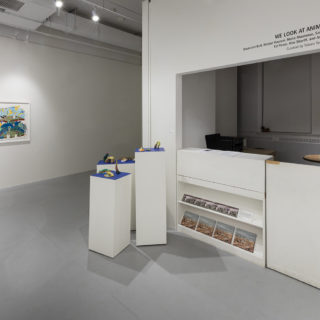 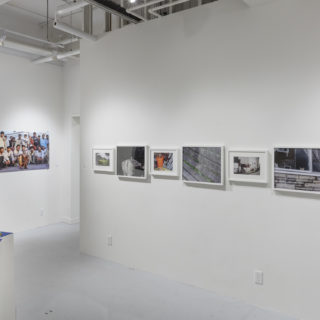 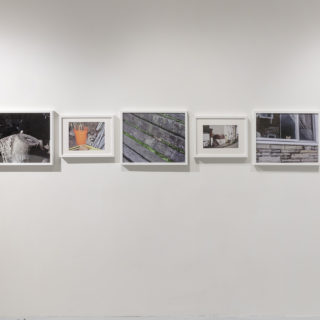 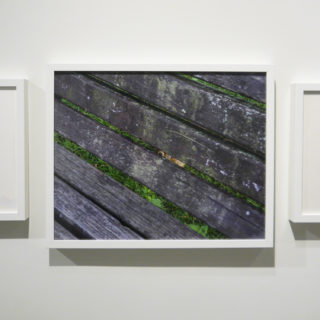 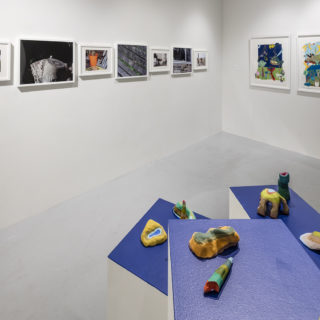 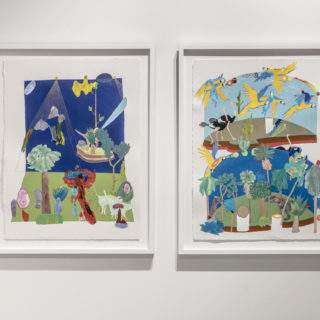 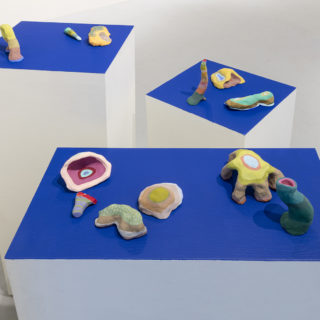 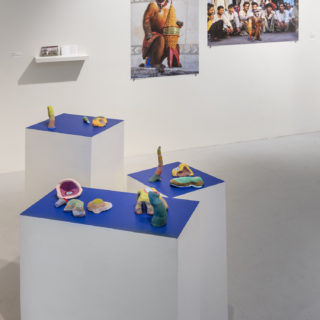 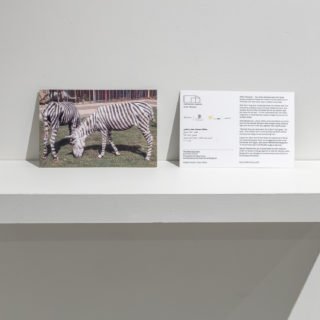 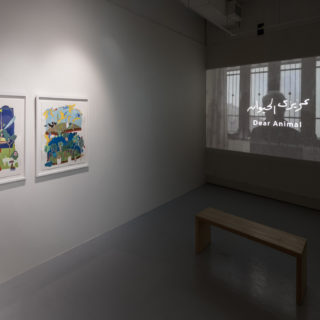 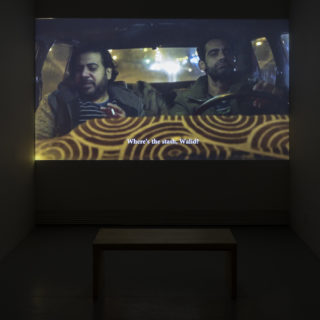 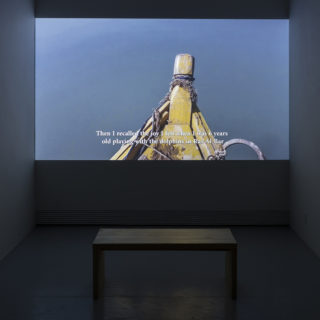 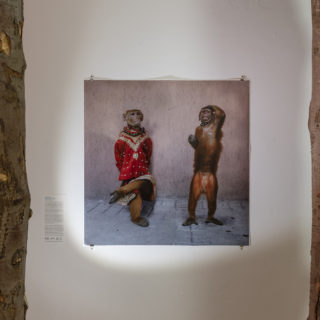 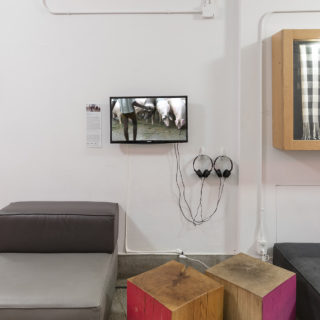 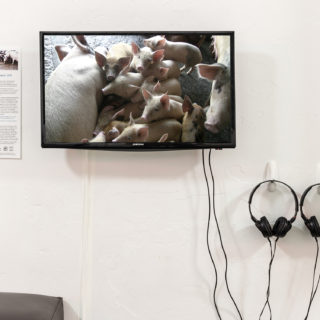 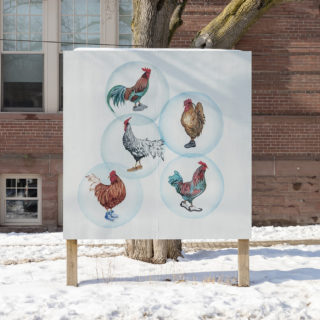 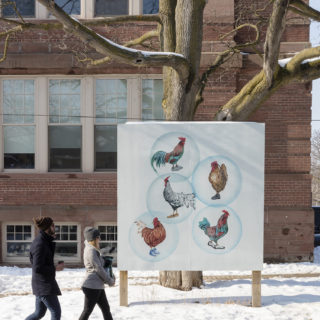