SIGNALS & SENTIMENTS, a Featured Exhibition of the 2017 Scotiabank CONTACT Photography Festival, is a two-part exhibition that examines how gesture functions as a mechanism for the production of identity. In CDCC’s third floor gallery, Signals & Sentiments takes the form of an intimate group show for which five Toronto-based artists, Sebastián Benítez, Petar Boskovic, Shelby Fenlon, Maxwell Hyett and Mickey Mackenna, consider the inner workings of the gestural urge. Placing a varied selection of sculpture and photo-based objects in context with each other, exhibition curator Katelyn Gallucci investigates how seemingly divergent artistic gestures might fundamentally derive from inadequacies of language, disposition, desire, and whim.

In Artscape Youngplace’s expansive stairwell spaces, three site-specific installations address the more exterior and transitory dynamics of gesture. Extending themes of self-discovery, the relationship between perception and memory, and the search for emotional connection through time, these encompassing spatial interventions by Maggie Groat and Jimmy Limit (working in collaboration), Karen Henderson, and Josée Pedneault condition the viewer’s bodily response as much as they embody gestural acts and intentions themselves.

Please join us for an opening reception with the curator on Thursday, April 27th from 6–9 pm.
Refreshments will be served and all are welcome.

Katelyn Gallucci is a photo-based artist and curator currently living in Toronto. She is interested in identity and the psychology of selfhood through the fluidity of representation. Katelyn holds a BFA from OCAD University, where she received the Project 31 Award and Cue Artist Grant. She has exhibited her work in Toronto and aboard, and is a resident Production Catalyst in the Photography Department at OCAD University.

Sebastián Benítez is a Toronto-based artist and curator born in Caracas, Venezuela. His practice explores issues of memory and identity through photography and installation. His recent works explore the role of objects and images in the construction and maintenance of notions of identity. Sebastián holds a BFA from OCAD University. He has exhibited in Toronto, China Finland, Japan, South Korea and the United States. He is currently an active board member at Younger Than Beyoncé Gallery in Toronto.

Petar Boskovic is a photo-based artist currently residing in Toronto, Canada. Through generating imagery that inhabits the absurd and intuitive elements of urban space, his practice examines the duality of presence and vacancy and acts as an ontological survey of the everyday. Petar holds a BA from the University of Toronto and BFA from OCAD University. His work has been exhibited in Toronto as well as China, Finland and Japan.

Shelby Fenlon is a Toronto-based artist. Her practice considers the cultural expectations of the photograph, the material constraints of the medium, and how these ideas relate to the female body within a practice that prioritizes process and experimentation. Shelby holds a BFA from OCAD University where she was granted the Project 31 Award for her thesis work. As a finalist in C Magazine’s New Critics competition, she has begun navigating the field of art criticism.

Maggie Groat and Jimmy Limit are interdisciplinary artists based in St. Catharines, Ontario. At the intersection of their individual practices lie mutual fascinations with gardens, interrelationships between image and object, the recontextualization of materials, and futurist/dytopic narratives. Their collaborative work has been exhibited at Mercer Union and Art Metropole, and most recently was commissioned for the 40th anniversary exhibition No Visible Horizon at Walter Phillips Gallery in Banff. Upcoming projects will be published in Canadian Art, and in an anthology being produced by Kitchener-Waterloo Art Gallery.

Karen Henderson is a Toronto artist whose photo-based practice is focused on the relationships between presence, time, and space. Through her “continuous environments”, she explores the mechanisms of photography and the boundaries of perception. Karen Henderson holds an MFA from Victoria University. Her work has been exhibited in such venues as YYZ, the Art Gallery of Ontario, and Mercer Union, as well as internationally.

Maxwell Hyett is a Toronto-based interdisciplinary artist. His practice is fundamentally concerned with how information is made, kept, retrieved, and translated. Through creating collisions between the synonyms and related terms of language, Maxwell creates artworks that question the connections between the symbols of acquired meaning and reality. Maxwell holds a BFA from OCAD University. His work has been exhibited at the Galdstone Hotel in Toronto and at Galerie Youn in Montreal.

Mickey Mackenna is a Toronto-based artist. Her interdisciplinary practice uses gesture and happenstance to manipulate found and industrial materials that provoke our predisposition to form relational narratives. Mickey holds a BFA from OCAD University in sculpture and installation arts. Her work has been exhibited in Toronto at Beaver Hall Gallery, AC Repair and Co., The Loon, and Autumn Gallery.

Josée Pedneault is a Montreal-based artist whose crossdisciplinary practice poetically navigates the delicate structures and connections that exist between the world and herself. She holds an MFA in studio arts from Concordia and her work has been exhibited in national and international venues such as Typology, Museo Universitario del Chopo (Mexico City), and Darling Foundry (Montreal), among others. She has completed residencies in Tokyo, Reykjavik, Mexico City, Paris, and Warsaw.

Signals & Sentiments is a Featured Exhibition of the 2017 Scotiabank CONTACT Photography Festival. The exhibition is on view in the gallery for the entire duration of the festival, Friday–Sunday 12–5 pm and by appointment. Stairwell installations are on view during Artscape Youngplace building hours, 8 am–8 pm every day except statutory holidays.

CDCC thanks Artscape Youngplace for their generous support of the stairwell installations.

image, left: Sebastian Benitez, Untitled (from the series Not This Way Either), 2012; right: Josée Pedneault, NÆVUS, 2013–in progress 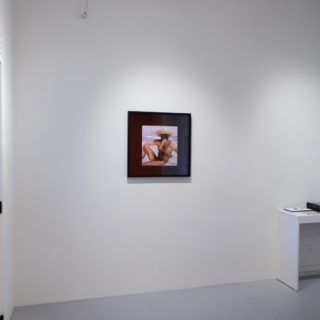 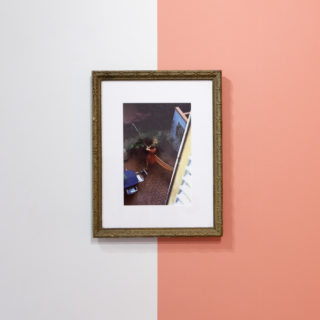 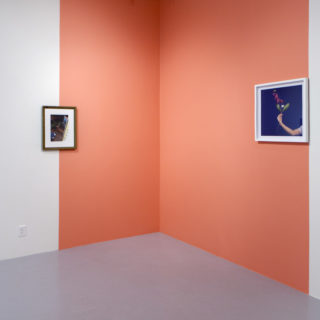 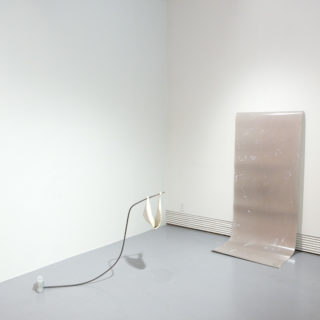 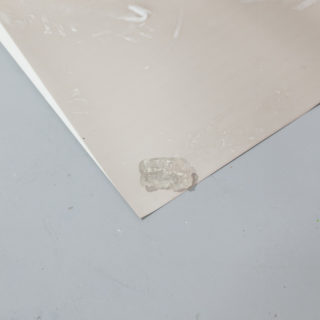 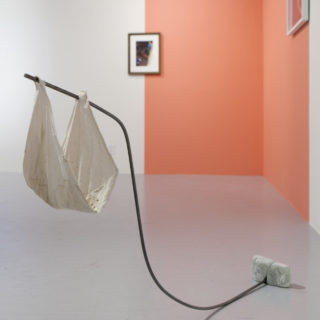 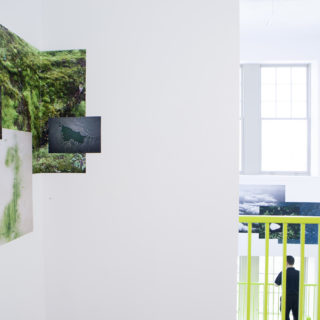 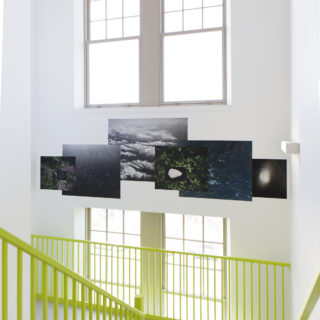 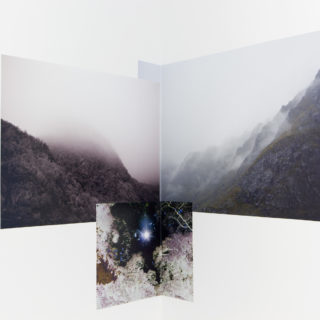 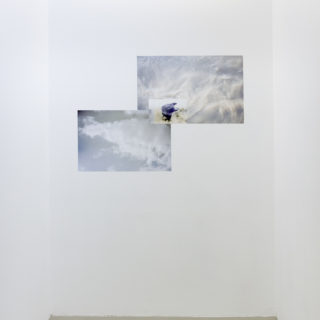 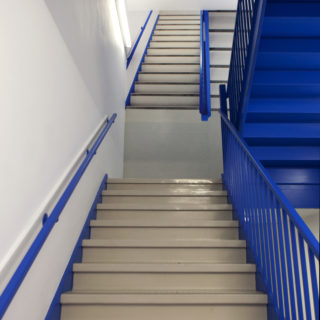 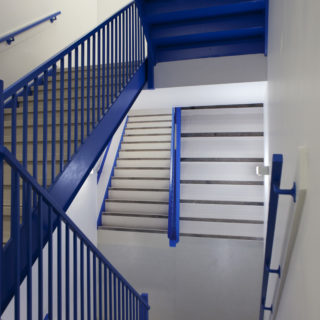 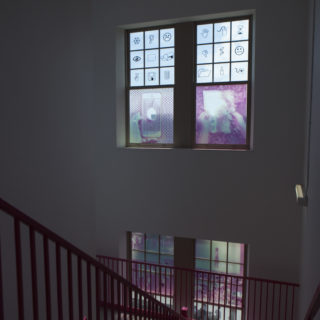 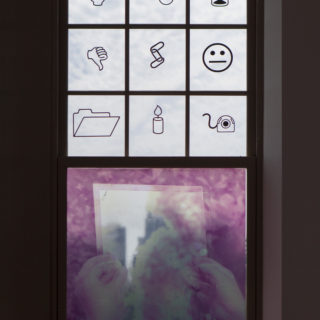