This edition of the Billboard on Shaw features an image from EBBÓ (2021), a new production by Yelaine Rodriguez, commissioned by Americas Society. EBBÓ (1998) is an opera-oratorio by Cuban composer Louis Aguirre and librettist Rafael Almanza. The piece is an expression and reinvention of Afro-Caribbean religious, aesthetic, and musical heritage. For this new production, Yelaine Rodriguez employs her Dominican heritage reimaging EBBÓ in the ruins of Ingenio Boca de Nigua, an old sugar plantation in the Dominican Republic, where in the 16th-century, the first Black rebellion on the island took place. Rodríguez’s production, with live Dominican dancers mixing contemporary and Dominican folk dance styles, filmed in this historical site, brings a twenty-first-century aesthetic to a timeless story.

Synopsis: Queen Apetebí reigns over a prosperous kingdom, but she loves her fantastical pet bird more than anything in the world. Orula, her protector Orisha and master of divination, asks the queen for the bird in sacrifice (ebbó means “sacrifice”) and warns her of the price of non-compliance. The queen refuses, and the evil Iron King and his armies invade her realm and kill all her subjects. Apetebí finds refuge in a cave, but on the second night of hiding, the bird, unable to stay away from her, finds the cave, inadvertently giving away her location and leading to her demise. In this portrait, Orula, Orisha, and the master of divination observe the end of Queen Apetebí and her fallen kingdom.

EBBÓ (Sacrifice): Orula, The Witness is curated by Noor Alé and Claudia Mattos (AXIS Curatorial) and presented in conjunction with their exhibition OF THE SACRED, a Core Program of the 2022 Scotiabank CONTACT Photography Festival.

AXIS is a socially-engaged curatorial collaborative composed of Noor Alé and Claudia Mattos. In their joint curatorial practice, Alé and Mattos are committed to producing exhibitions, projects, and screenings of contemporary art that respond to the pressing social, cultural, and political conditions of our time.

Born in 1990 in the Bronx, where she lives and works today, Yelaine Rodriguez is an Afro-Dominican United Statesian artist, educator, curator, and cultural organizer. Rodriguez conceptualizes wearable art, sculptures, and site-specific installations drawing connections between Black cultures in the Caribbean and the United States captured through photography and video documentation. 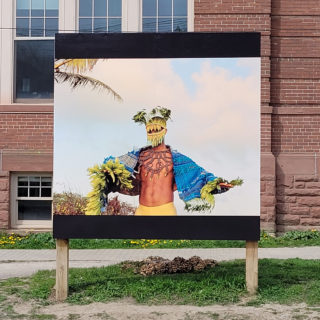 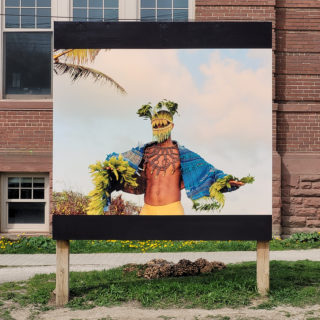 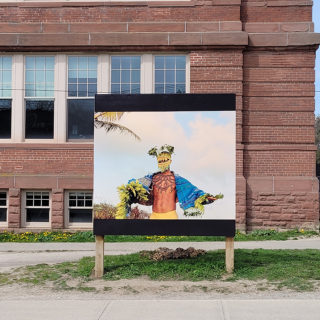 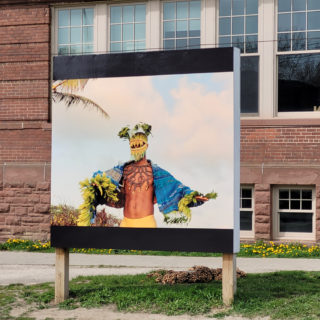