In early fall, the iconic monarch butterfly embarks on a heroic 4000 kilometre journey from southern Canada to the mountains of central Mexico—one of the longest insect migrations in the world. The image presented here was made by photographer Brendan George Ko while on assignment for The New Yorker, documenting the arrival of millions of monarchs to a forest filled with oyamel firs where they hibernate for four months, at altitudes of around 10,000 feet.

A partnership between the Mexican government and the World Wildlife Fund, The Monarch Butterfly Biosphere Reserve covers over 100,000 acres north of Mexico City, helping to preserve the monarch’s habitat. The reserve belongs to multiple groups, including Indigenous communities and communal-land villages, providing tourism income to locals who once relied predominantly on logging and mining industries in the area. Climate change and habitat loss, both in Mexico as well as in Canada and the United States, have resulted in declining butterfly numbers over the last few years. Land conservation and the protection of biodiversity across the continent are key to sustaining their numbers and supporting the monarch’s incredible journey.

Ko’s mural on Shaw Street, where an old maple tree once stood, is a reminder of the larger connections at play in the natural world, and a cue to slow down and observe that monarch butterfly fluttering about in the park or garden this season.

Brendan George Ko is a visual storyteller working in photography, video, installation, text, and sound. His work conveys a sense of experience through storytelling, and he describes the image as supplementary to the story it represents. 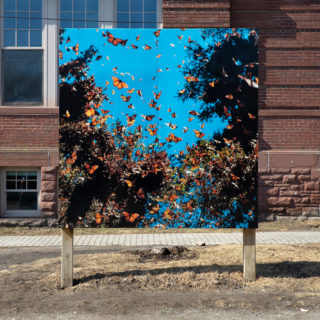 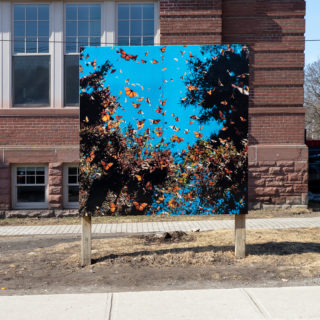 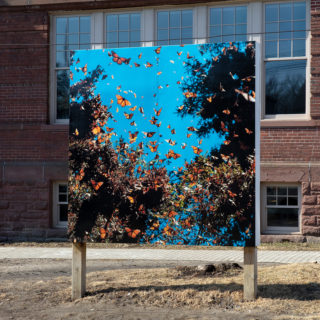 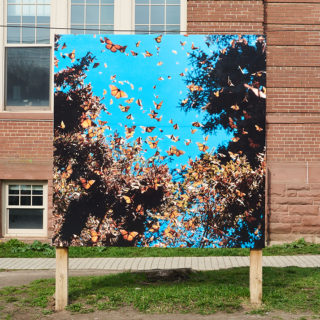 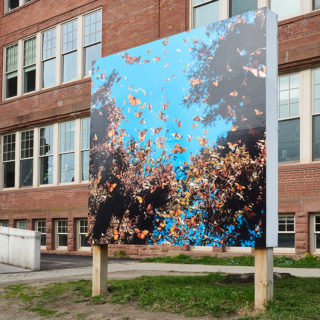 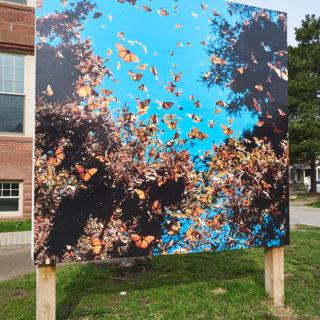 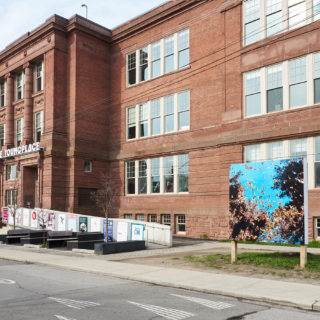