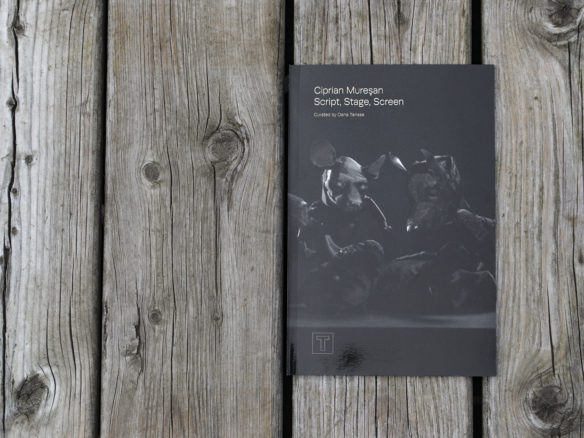 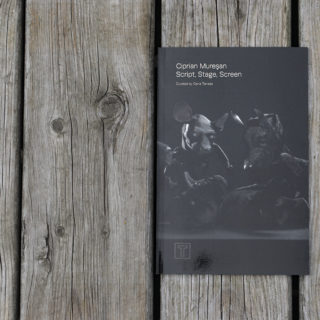 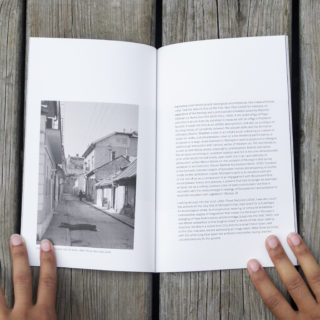 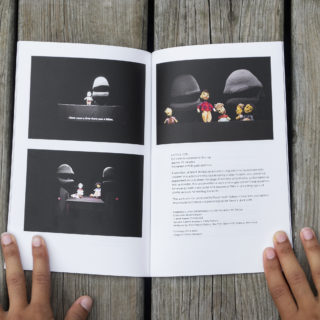 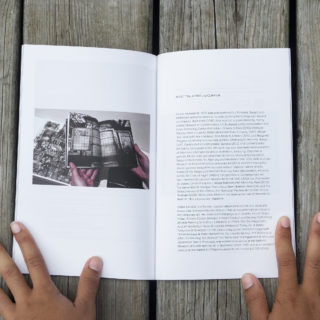 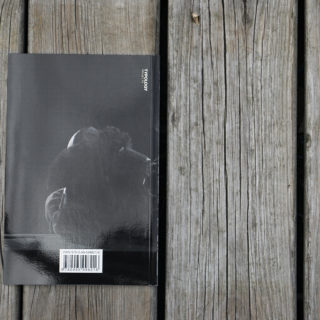 Through the use of puppetry, Ciprian Mureșan engages performative modes of writing, enacting, and visualizing both the absurd and the whimsical, bringing viewers into surprising and intimate discourse with crucial themes of our times. Whether performing the scripts of influential playwrights such as Saviana Stănescu (Dog Luv, 2009) or generating new texts (I’m Protesting Against Myself, 2011, in collaboration with Gianina Cărbunariu, or Untitled, 2015, with members of the community), Mureșan’s projects speak to ideals of collective intelligence even as they concede the continuing failure of true communality. The audience is challenged not only to reflect upon themes of trust and belief, and the violence that often characterizes interactions between the self, society, and structures of power, but also to imagine a hybrid space in which the ordinary and fantastic can coexist

The catalogue contains a curatorial essay, an exhibition checklist, images of all of the works in the exhibition, and artist/curator bios.

About the Curator:
Oana Tanase is a Toronto-based independent curator and researcher. She holds a MA in Art History and Theory from the National University of Arts in Bucharest, Romania and is currently completing her PhD thesis that aims at discussing documentary practices in contemporary art.

Her latest curatorial projects in Toronto include Moving right along | Nicolas Fleming (with Shani K Parsons), TYPOLOGY, Dan Perjovschi: As If All Yesterday’s News Should Be Rehearsed Today For A Better Tomorrow, YYZ Artists’ Outlet; Community (Love) Creates Change (with Denise Moraze), Peter MacKentrick Community Gallery; and Before and After: Celebrating 100 Years of The Barns (with Vid Ingelevics), Artscape Wychwood Barns. Previously, she worked as a curator at the National Museum of Contemporary Art in Bucharest(2006-2012) and as an assistant curator at the Galerie für Zeitgenössische Kunst in Leipzig (2005-2006).