Jens Haaning was born in 1965 in Copenhagen, Denmark, where he continues to live and work. Haaning’s practice engages with the politics of distribution and visibility that govern social behavior and safeguard class divisions. Through a calculated process of exchange, Haaning’s works bring to light the economies and forms of co-existence that result from the circulation of goods and the migration of peoples.
Haaning’s exchanges usually involve a displacement, such as the temporary relocation of a factory employing immigrant workers in the museum (“Middelburg Summer 1996”, 1996), or take the form of a counter-productive transaction, such as the swap of streetlight bulbs between the cities of Kassel, Germany and Hanoi, Vietnam (“Kassel – Hanoi (light bulb exchange)”, 2002). Often involving a complex negotiation with the propriety of artistic institutions, Haaning’s clandestine works infringe upon social and legal norms, leaving the viewing subject at a crossroads between impotence and agency. Jens Haaning has recently presented solo exhibitions as part of the Whitechapel Gallery’s “The Street” off-site project, London (2008), at the San Francisco Art Institute, San Francisco (2008), FRAC, Institut d’art contemporain, Villeurbanne, France (2007) and Wiener Secession, Vienna (2007). His work has been shown in numerous museums and international exhibitions including “Praxis: Art in Times of Uncertainty”, the 2nd Thessaloniki Biennial, Thessaloniki (2009), U-TURN, Quadrennial for Contemporary Art, Copenhagen (2008), the 4th and 6th Gwangju Biennale, Gwangju, South Korea (2002 and 2006), the 9th Istanbul Biennial (2005) and Documenta XI, Kassel (2002). 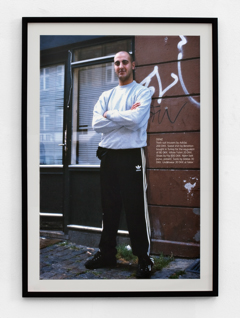